The Vapor King is a new concept wet blast cabinet. This new vapor blaster enables users to take advantage of the benefits of outdoor vapor blasting equipment and wet blast pressure units. You can now bring those abilities indoors for use in all your industrial in-plant surface prep applications. Now you can direct pressure wet blast inside of a cabinet. Wash, De-grease, and Blast all in one step!

The Vapor King is a new concept wet blast cabinet. This new vapor blaster enables users to take advantage of the benefits of outdoor vapor blasting equipment and wet blast pressure units. You can now bring those abilities indoors for use in all your industrial in-plant surface prep applications. Now you can direct pressure wet blast inside of a cabinet. Wash, De-grease, and Blast all in one step!

The Vapor King is made from 12 gauge stainless steel with 10 gauge double panel doors. 100% laser cut and hand welded. An industrial vapor blast cabinet that is built to last.

The Vapor King comes complete with our 900 CFM mist collector as well as a window wiper for optimal visibility.

Like all our blast cabinets, the Vapor King is laser cut and hand welded in the USA. Unlike lower-end models, there are no seams, and no rivets. This means all your blast media will stay contained in the cabinet during operation.

We want to introduce you to Raptor Blasting System’s stainless steel Vapor King wet blast cabinet. You will want to pair this wet blast cabinet with your outdoor contractor style direct pressure vapor blast unit, such as this Graco EQP unit.

We’ve taken advantage of the benefits of outdoor vapor blasting, and put them inside a vapor honing blast cabinet for the industrial market. Let’s take a closer look at what’s currently in the market for industrial wet blast cabinets that also allow you to vapor blast indoors.

Up until now, all manufacturers of indoor vapor blasters have used a slurry blast system. Here’s how slurry blasters work.

First, you have a urethane lined pump that pumps media and water, mixed, to a gun. This is the equivalent of a siphon gun, where compressed air is introduced at the blast nozzle. This system creates a direct pressure unit.

What we’ve done with the Vapor King is run the nozzle and the hose into the cabinet, removed the dead man’s switch, and retrofit it with a foot pedal, which actuates the system. So we’re blasting direct pressure inside a cabinet. To sum up, slurry blasting is the equivalent of a siphon gun, while direct pressure is a substantially more aggressive blasting methodology. The Vapor King throws with more force, and is therefore more effective in profiling than a slurry blast system. Up to this point, no other blasting cabinet manufacturer has done this.

Because this is a direct pressure system, and it’s a wet blast system, a lot of vapor is created. Our vapor blaster unit is powerful, and because it strips surfaces quickly, there is a lot of vapor coming out of the nozzle. This creates issues with visibility and seeing inside the cabinet. Normally, on a dry blast cabinet, you’re moving a lot of air through the cabinet, and you’re getting the dust out of the cabinet for visibility.

To deal with the mist, we changed from a dust collector to a mist collector. We’ve found that the mist collector worked best by mounting it directly on top of the cabinet, and the bottom of it is opened up to the cabinet. This allows us to pull all of the air straight up through the mist collector out the top. The heavy water will drop back into the sump. The end result is excellent, outstanding visibility. In addition, we put a windshield wiper on the Vapor King, so you can keep the window clean as you’re blasting. This means the visibility in this vapor honing cabinet will be exceptional, no matter how much blasting you do.

We’ve Made It Easy To Deal With Used Blast Media

How the Vapor King Will Save You Time

Here’s a couple of examples of how this vapor blasting cabinet could be used. In our first example, we took an aluminum wheel off of a tractor trailer that needed to be cleaned up. Before, the shop was cleaning the wheel by hand with a scrub brush, which took about 45 minutes. In comparison, using max pressure inside the Vapor King cabinet, we were able to clean these wheels up in seven minutes. That’s a difference of 38 minutes for a single clean-up job.

In our next example, we have a heavily powder coated gas tank. We took one half of the gas tank, and blasted it with garnet. We were able to clean the whole side of the gas tank in about two minutes. As you can see, the entire process was extremely fast. 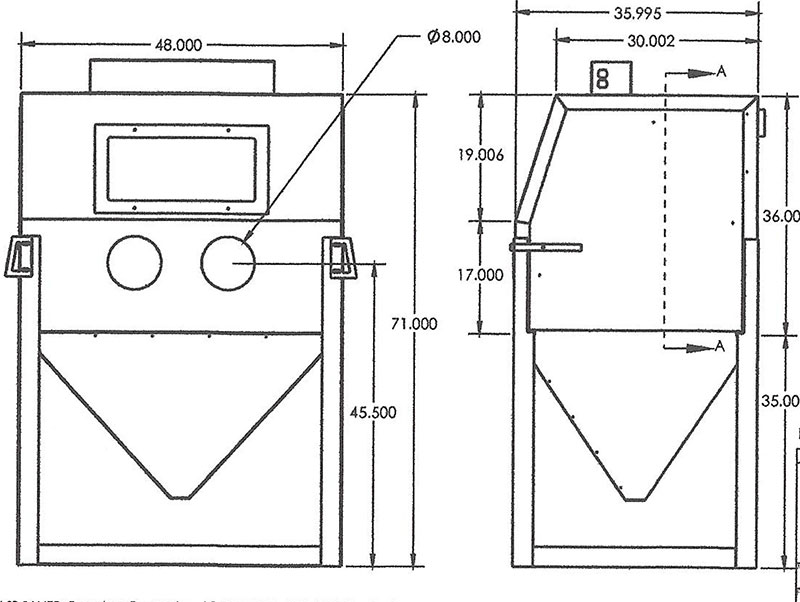 In conclusion, what we’ve accomplished is taking a direct pressure outdoor vapor blasting unit, and made it available to use inside of a cabinet. Until now, no one has done this with vapor blasting equipment. The Vapor King is a revolutionary piece of equipment, making your work go a lot faster. The Vapor King also profiles much better than traditional slurry blasting cabinets. 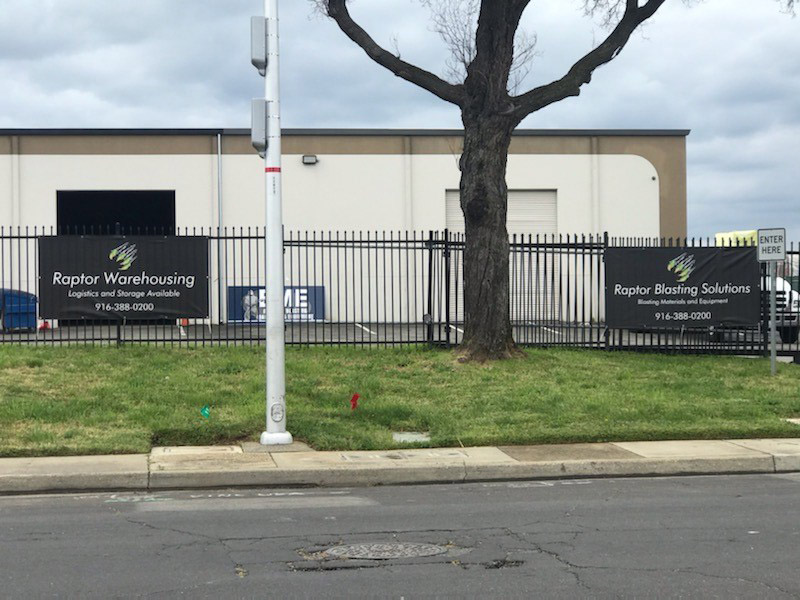 Get News from Raptor Blaster